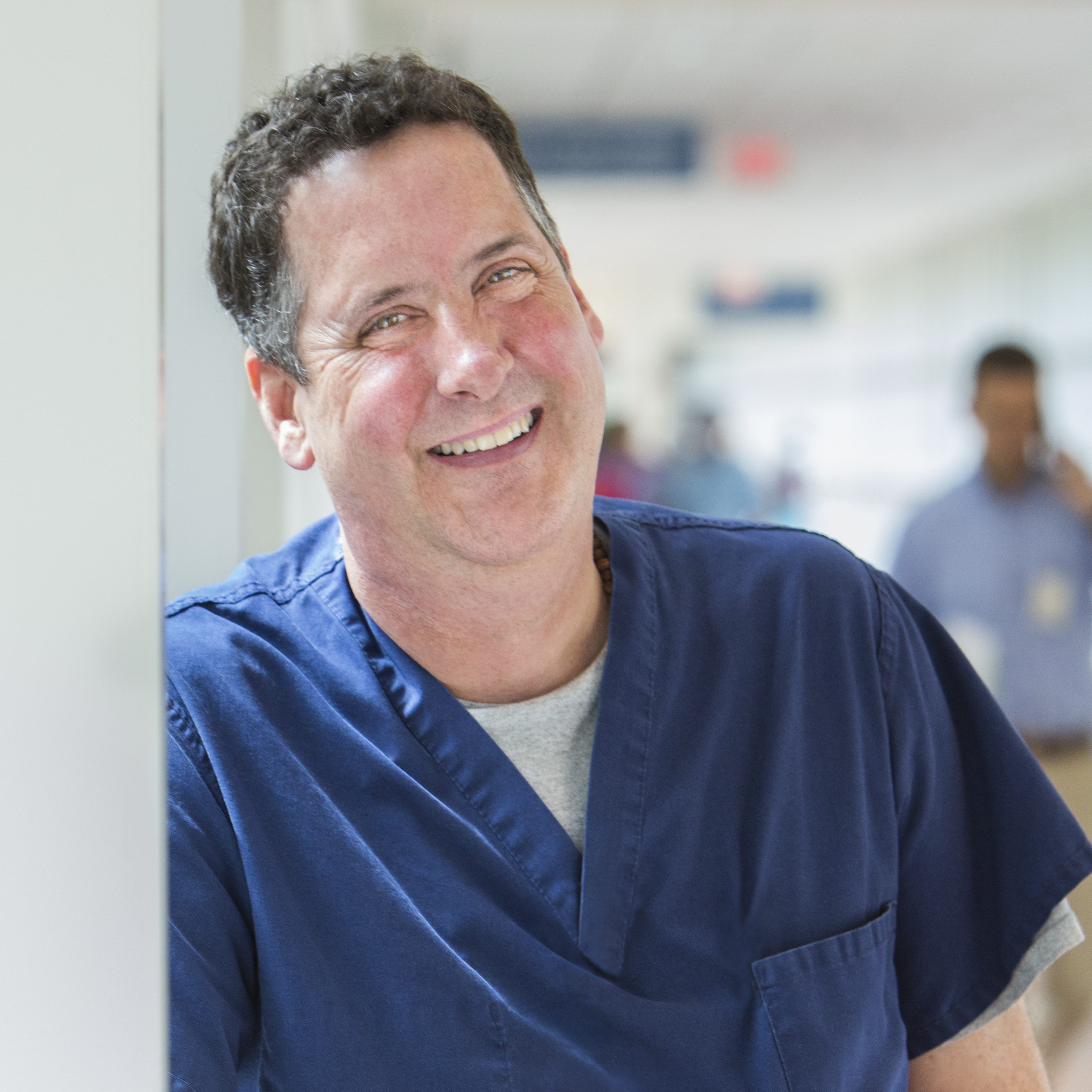 In 2010, as an emergency trauma nurse, Jonathan Bartels, RN, initiated a practice called “The Pause.” This practice has been instrumental in promoting a paradigm shift surrounding death and self-care across healthcare both nationally and internationally. He has received accolades from the American Academy of Critical Care Nurses (2018 Pioneering Spirit Award) and the Schwartz Center for Compassionate Healthcare in 2017. Prior to pursuing a degree in nursing, he received a Bachelor of Arts in Psychology (1990) from Canisius College in Buffalo NY. Following that degree, he joined the Comparative Religion Graduate program at Western Michigan University in Kalamazoo, MI (1993-1996). The focus of his academic pursuits include eastern/western philosophy & mysticism. He is currently the palliative care liaison nurse at The University of Virginia Health System. He is also currently the health system liaison for the Compassionate Care Initiative (CCI) from the University of Virginia School of Nursing. Since 2010, Bartels has been a facilitator for resiliency/compassion retreats offered by the CCI, which has been offered to roughly 3,000 medical/nursing students and healthcare providers. Bartels is a podium presenter, artist, nurse, and retreat facilitator. His interest and goal is to support compassion/resilience both for his fellow healthcare providers and also to the patients he serves.