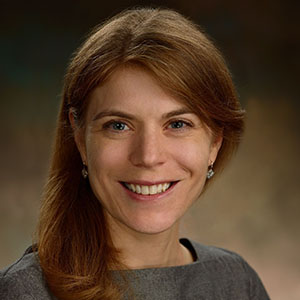 Dr. Karla Fredricks is an assistant professor of pediatrics and director of the Program for Immigrant and Refugee Child Health (PIRCH) at Baylor College of Medicine/Texas Children’s Hospital. She obtained her doctorate in medicine from Washington University in St. Louis and completed a residency in pediatrics at the Children’s Hospital of Philadelphia. After residency, Fredricks worked as a primary care physician and medical director at Federally Qualified Health Centers in the DC/Baltimore area, serving predominantly immigrant and refugee patients. She also volunteered with displaced populations in multiple countries around the world, including two missions with Doctors Without Borders. Fredricks then returned to academia to complete a combined fellowship and master degree program in Global Health at Massachusetts General Hospital and the Harvard T.H. Chan School of Public Health. Drawn by the opportunity to help develop a new, innovative program that combined her work in both immigrant and refugee child health, she joined the department of pediatrics at Baylor College of Medicine in May 2018.