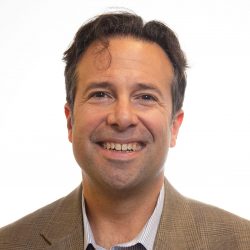 Jeff Zilberstein went to the University of Pennsylvania for his undergraduate education, earned his MD from the University of Illinois, and then completed his residency, acted as chief resident, and his fellowship in internal medicine, emergency medicine, and critical care medicine at the University of Maryland. He worked in Chicago and became chief of critical care, and then moved to Southside Hospital within the Northwell Health System where he is the vice chairman of the department of medicine, the chief of medical critical care, serves as the physician co-chairman for the Northwell Sepsis Collaborative, and became involved in the two-year Physician Leadership Development Program as well as becoming faculty for the Relationship-Centered Communication Course (RCC).  He has been faculty for RCC since 2018 and has brought it to Southside Hospital in courses, lunch and learns, as well as continuing to facilitate for the system.